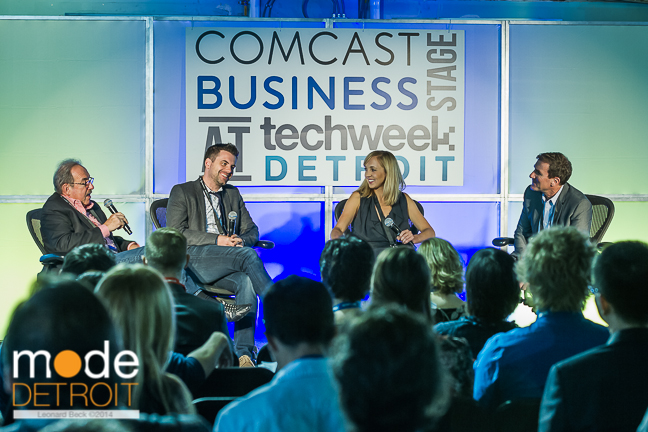 Techweek Detroit kicked off with a wave of networking events and parties hosted by The Detroit Technology Exchange (DTX), Argyle, and Grand Circus. Bluewater Technologies presented TechExpo14 which transformed the Fillmore into a spaceship filled with technology exhibits. The main 2 days of speakers, expo, hire fair, and Launch Competition was held at the Detroit Federal building.

The highlight of the event was without a doubt the speakers that were brought in to discuss the future of Detroit and technology as a whole. There were two stages with speakers talking simultaneously. Topics ranged from the future of mobile to changing the landscape of American’s hardest hit neighborhoods. Dan Gilbert has been one of the main driving forces behind Detroit revitalization. The city has been plagued by abandon buildings which has hindered attracting major companies from moving to Detroit. He declared his planned is to remove all the blight in Detroit in 3 to 6 years in his speach. Other speakers that stood out were Corey Clothier from Comet Consulting that spoke about the future of driverless cars in the world, and also Charles Sidman from CfPA spoke about obtaining the funding to realize your vision. Corey spoke on what the hurdles were in place to get driverless cars on the road and explained the multiple methods his company were using in order to bring this futuristic fantasy here before 2020. Charles spoke more to the entrepreneurs in the event and explained the challenges of getting funding and the various methods available out in the market to allow your companies to thrive and get the funding they need.

Techweek’s Expo showcased innovative designs from companies like The Yike Bike, a motorized foldable bike (recharges in a mere 90 minutes, can reach speeds of 23 Km/h, and weights range between 11.5 Kgs to 14.7 Kgs) which not only turned heads, but also had participants jumping on and testing it out with looks of pure thrill. Another invention on display was the Sky Specs UAV designed to inspect commercial structures with minimum human control. Created by a team of U of M grads after robotic class projects interested them.

The Food Truck Face Off showcased our variety of venders. Competition is really starting to build up with all of the new trucks being created. The Rollin Stone Wood Fired Pizza really was delicious and innovative! It’s the first stone stove set inside a food truck I have ever seen. Its irresistible once you are standing next to it.

The event also held a job fair as well, with big name companies such as Lowe Campbell Ewald, Verizon, and many others looking to expand their workforce doing on the spot interviews.

The Launch competition pitted pre-qualified startups against each other for cash and sponsor- donated gifts.

In Detroit its not an event without an amazing after party. Out of town guest got to see a different view of the city from the top of the breathtaking M@dison building.

Techweek ended by converging into the MOVEMENT Electronic Music Festival. Because tech is fueled but electronic music or least it is when I was coding.

Techweek in Detroit has a bright future and without a doubt will help guide this city into showing the world how amazing and dedicated it can be.

Don’t forget to follow MODE Detroit on the bottom of the page! 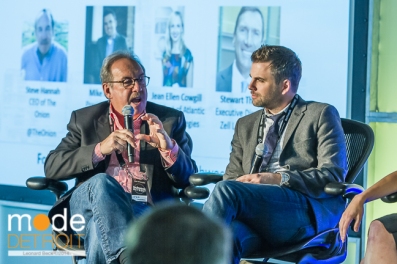 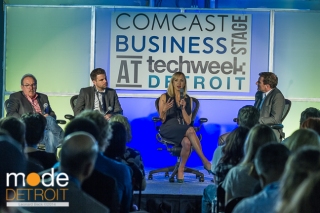 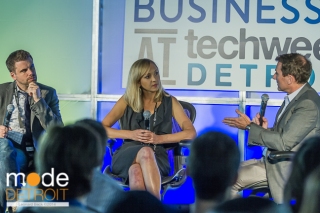 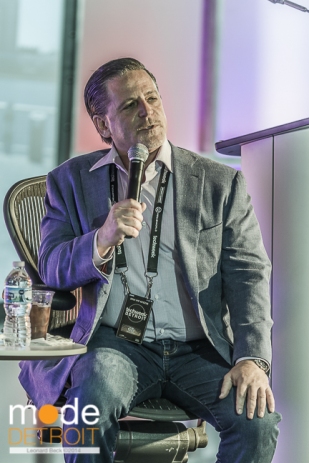 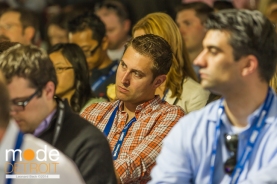 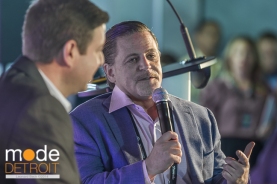 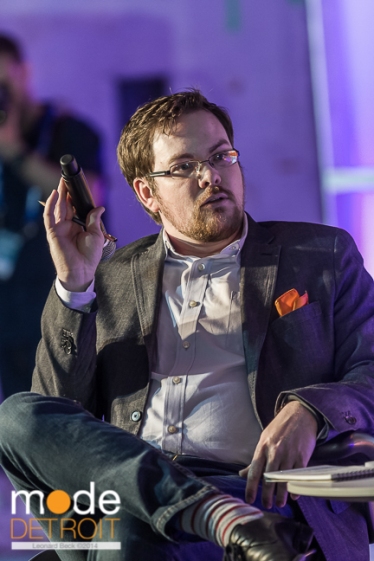 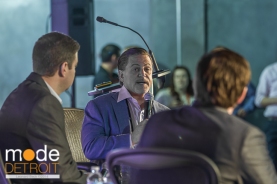 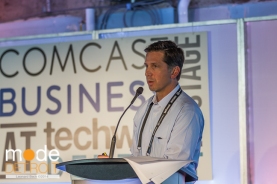 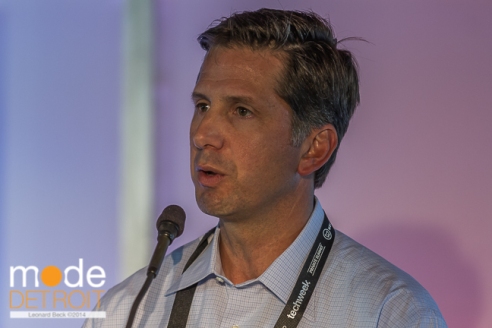 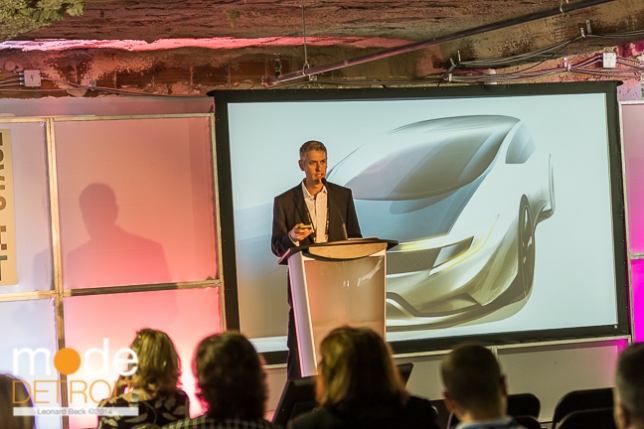 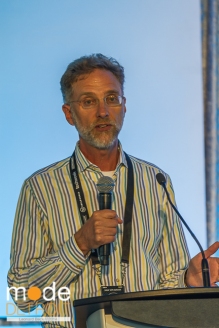 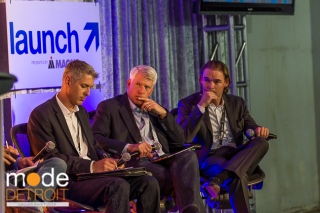 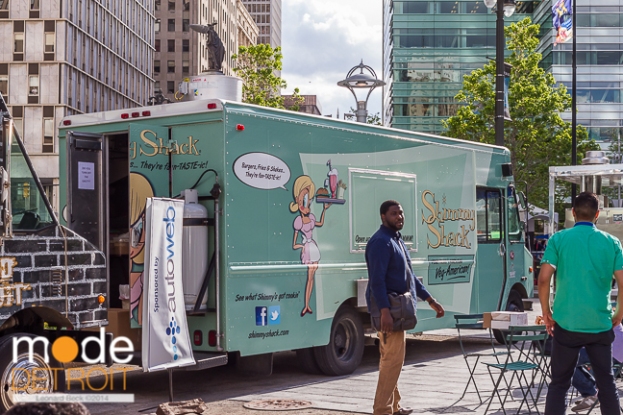 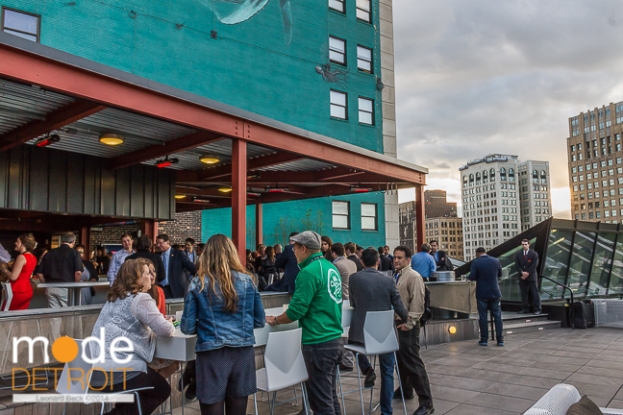 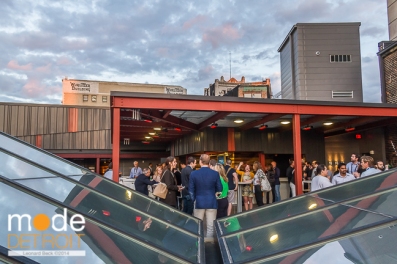 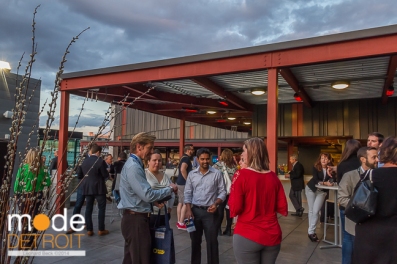 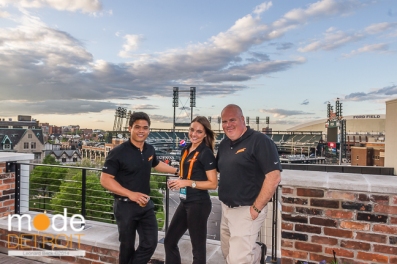