The Third annual Eastern Market After Dark Detroit’s premiere open house tour of historic Eastern Market. EASTERN MARKET AFTER DARK was Thursday, September 25th from 7pm – 11pm. The event was free, family-friendly and open to the public of all ages.

EASTERN MARKET AFTER DARK was founded in 2012 and produced by Nina Marcus-Kurlonko in association with the Detroit Design Festival and Eastern Market Corporation. The following businesses participated in Eastern Market After Dark. These exclusive behind-the-scenes peeks into studios, workshops, galleries and much more.

Under Shed 2 were many food trucks, activities and L’Arramee Sail Swings by Laavu Studio. The smell of Detroit BBQ and chicken & waffles.. yup, Detroit knows how to cook delicious food. Different vendors were selling local – Detroit-based prints, clothing and sentimental hand-made goods. Participate in social media activities by signing the “Design Is…” poster that was sponsored by Fathead.

In Shed 3 was the Fashion Show. Business professionals, fashion enthusiasts and people from the community flocked to watch this event. The fashion show was one of the main highlights of Eastern Market After Hours. Kevin Carter was the Artistry of Hair for the Fashion show

If you decided to get curious, walk from one business to the next in Eastern Market to be inspired by all of the influential creativity. Businesses stayed open late to promote services and products. From pop-up print shops inside garage doors to waiting outside on a list to enter the Detroit Distillery. Office spaces, studios, galleries and much more were packed with people from shoulder to shoulder. It was hard to see everything but if you had a map, you pick and choose which places to explore. RedBull House of Art had an incredible art showcase while throwing down electronic beats. Across the alley, Sierra Mist had an interesting setup with a photo booth, live music and different seating arrangements. Walk a little further down the road and run into different light shows, people holding signs and loud music. We stopped into OmniCorp Detroit’s open house for a cool, glowing green light setup in the middle of the building. Laser cut printing demonstrations were being held and small logos were cut on to pieces of flimsy wood. Detroit Hustles Harder had a small party with a live house DJ. Small coffee shops hosted artwork on the walls while larger businesses had light shows with entertainment.

Look out for next year’s “Eastern Market After Dark” – arrive early because parking can be difficult and you don’t want to miss any activities. 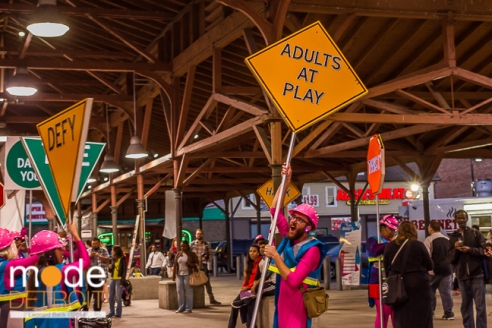 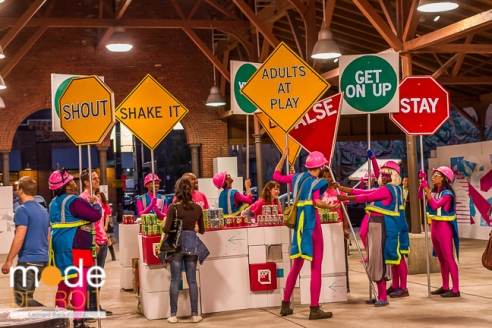 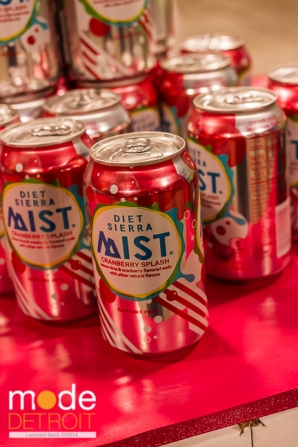 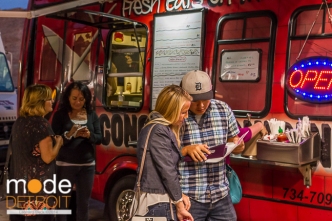 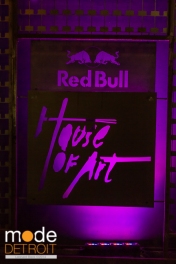 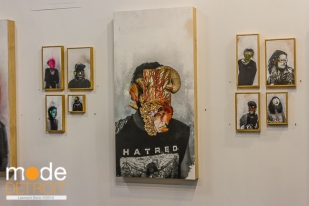 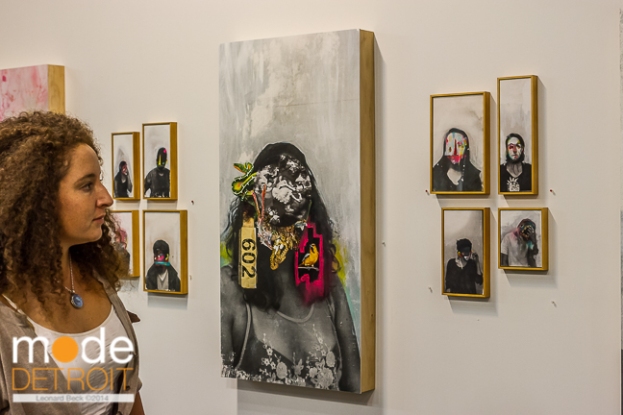 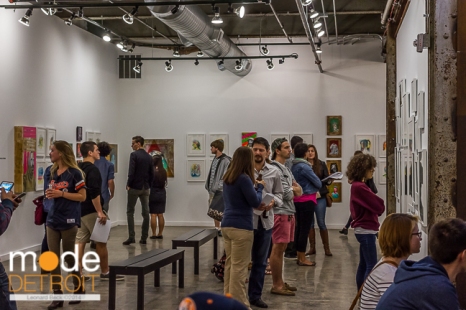 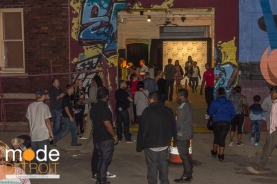 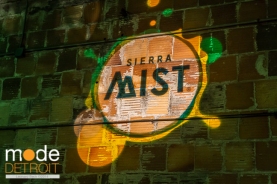 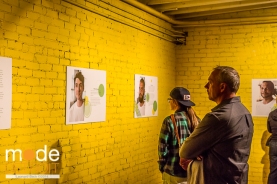 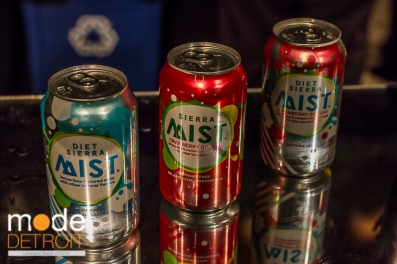 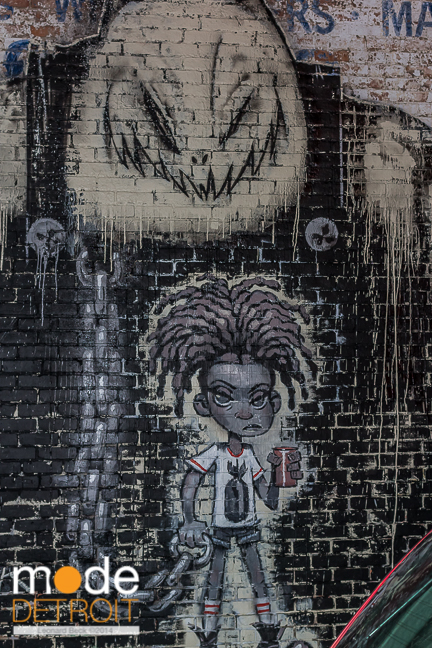 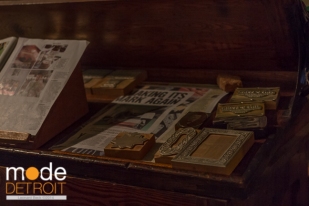 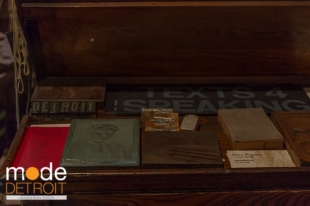 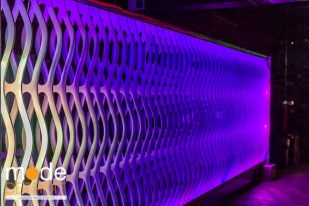 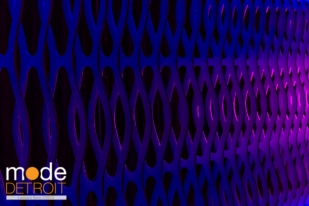 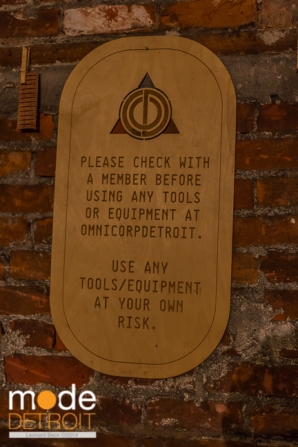 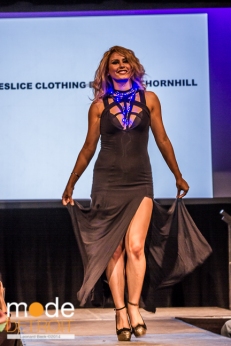 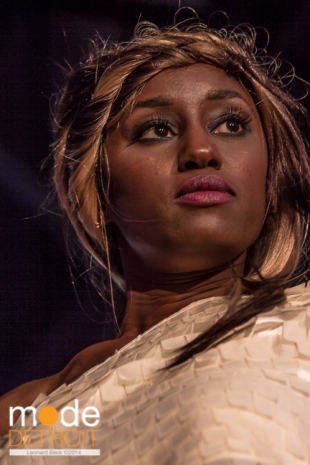 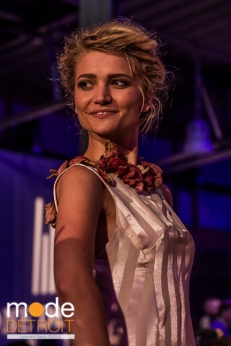 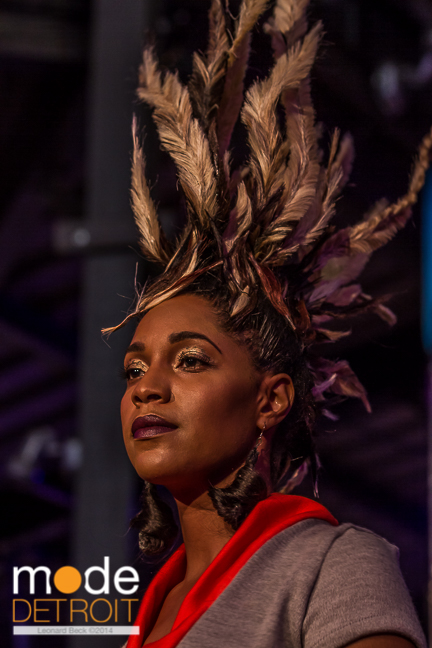 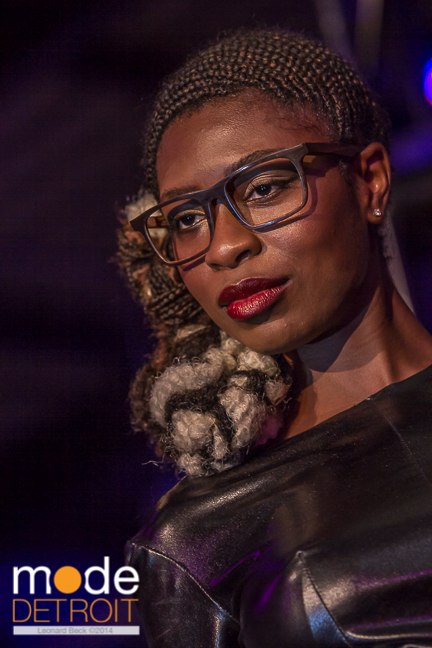 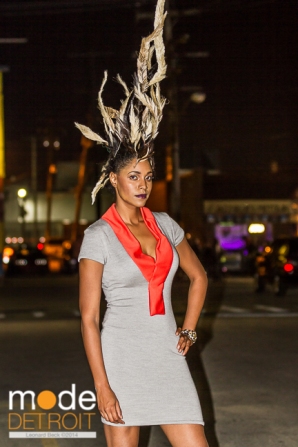 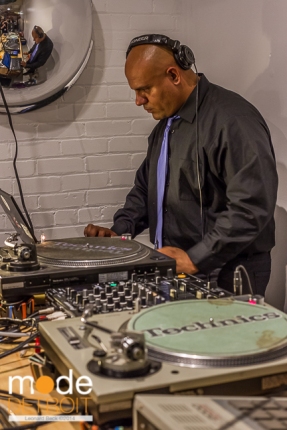 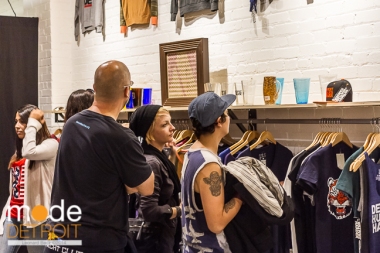 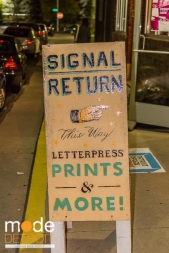 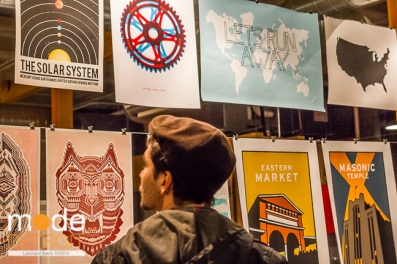 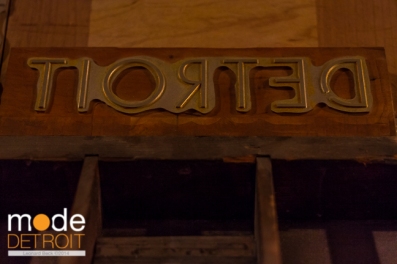 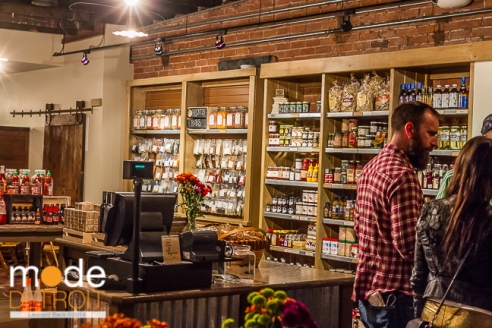 One thought on “DDF: Eastern Market After Dark”